Introducing the Redstone Outdoors Gazebo, I’ll call it that as that’s exactly what it says on the Amazon title.

Firstly, this gazebo won my top 5 cheapest gazebos of 2017 award.  In that section i gave just an outline of what it is capable of and what it isn’t, but below i’ll go into more depth, so here goes.

This outdoors gazebo by Redstone is a great addition to the outdoor eating and summer entertaining armoury.

Very easy to build and nice & light are 2 very good plus points but it’s main attraction is just how strong it is for the price.

I’ve mentioned ‘strong’ but i’m certainly not implying it can withstand gales or extreme monsoon types of weather.  What i’m saying is that for the price i was expecting something of far less quality and strength

As mentioned above, you’ll need to pick the day you use it carefully.

If the winds blowing then it’s a no no!

If you’re looking for a much more sturdy gazebo you’ll be better off taking a look at my All Seasons Gazebo 3x3m review.  It’s a lot more expensive but a lot stronger.

Or alternatively you could try an Airwave gazebo, they are known for being fairly strong and sensibly priced.

What’s in the box?

You can also buy redstone gazebo weights to attach to the legs.  If you decide to click on the Amazon link below you’ll be able to search on Amazon for them

This gazebo is really easy to put together.  I always recommend that more than 1 person puts any gazebo up and i would say the same about this one too.

It’s not a pop up gazebo as you have to connect the poles individually, however, as i said above it’s really easy and should take about 5 minutes maximum.

Ideal for still days to protect you from the sun's rays and offer that little bit of protection. The colour kind of gives it a market stall look

This green and white stripe gazebo may not be everybody’s cup of tea as some people would like more colour choices.  However, once you’ve viewed the price then the moaning about the 1 colour choice goes completely out of the window.

Now if you’re looking for a robust, heavy duty gazebo then this one is not for you.  This gazebo is ideal for sunny calm conditions with little to no wind.  We’ve got to be realistic with our expectations of this outdoors gazebo as generally

You will get what you pay for….

Don’t get me wrong there can occasionally be exceptions to the rule, however, when it comes to gazebos if it’s cheap then the manufacturer has had to limit their costs somewhere on the gazebo.

This generally is the frame of the gazebo

We will be happy to hear your thoughts 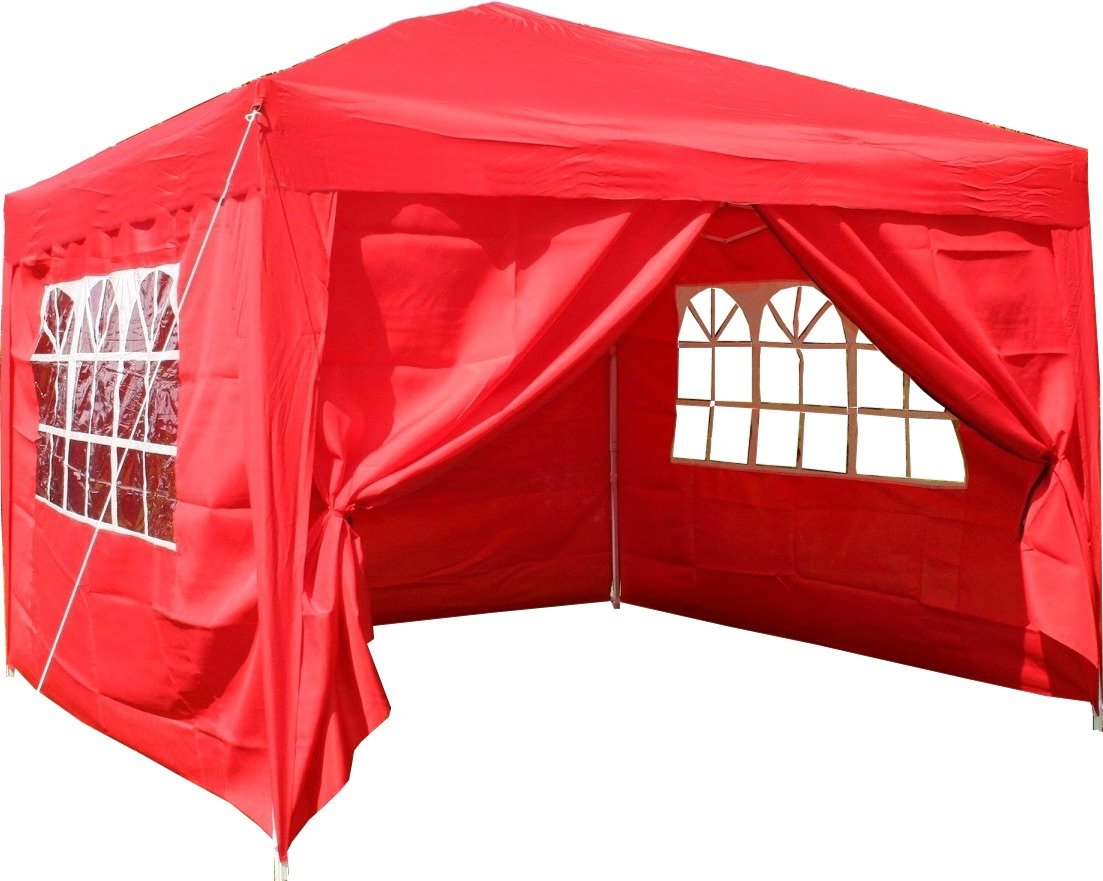